A ChatBot is an interactive program that talks to you and answers requests just like a real person. It uses Machine Learning through Artificial Intelligence to pick up on conversational cadences, allowing it to mimic human conversations and react to spoken or written prompts to deliver a service.

The ChatBot is a user interface which can be plugged into a number of data sources so it can deliver informations or services on demand; such as weather forecasts, breaking news or booking a hotel room.

Let’s see some Chatbots stats that are worth to know about: ChatBots are very popular in China “Hi” is the motto

What is a great way to start a conversation? Just say “Hi…”

According to VentureBeat, 65.7 percent of bots received the message “hi,” and 72 percent received a case-insensitive variation of the same word. 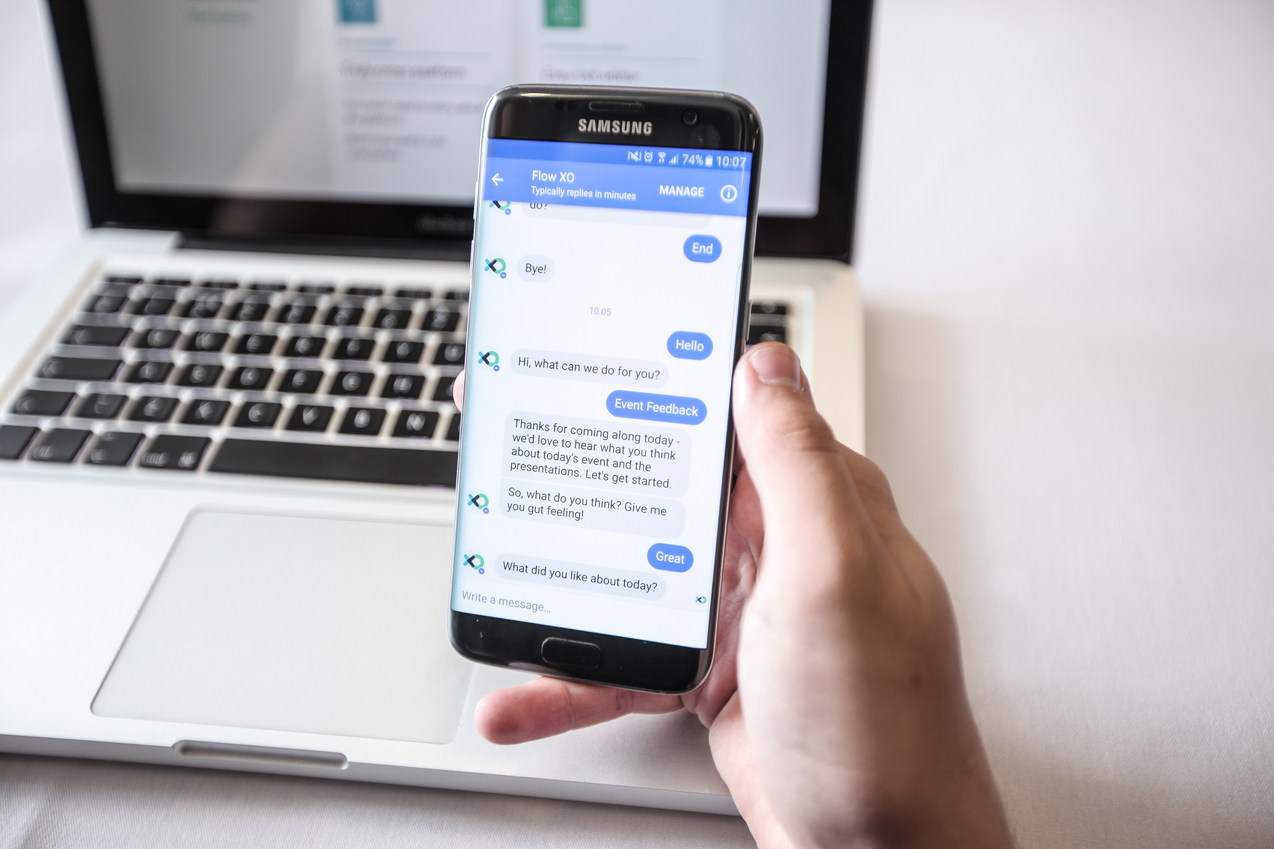 Users want to have SMS conversations with businesses

According to OpenMarket, 63% of financial services, 67% of retail and 57% of travel & hospitality mobile users say SMS conversations would be very useful.

Is the time saved by a user when having a conversation with a ChatBot instead of calling a traditional call centre. oye bayla me