Once you’ve created your pass for mobile wallet on CherryPie you can choose whether to distribute it on Apple devices, Android devices, or both. There are several wallet applications that users can choose from, but in this post we will focus on the main differences and similarities between Apple Wallet and Android Pay. We will take a look at layout differences first, and the technical features afterwards. If you are not familiar with mobile wallet technology in general, I would recommend to sign-up for our free 9 days Mobile Wallet and Proximity Marketing email course.

In terms of rendering of digital content, there are some significant differences between Apple Wallet and Android Pay. Let’s take a look at all the features in detail:

In the picture below you can see how the same pass looks like on Apple Wallet (on the left) and Android Pay (on the right). The digital content in the example below is a digital membership card for Best Western Hotels. 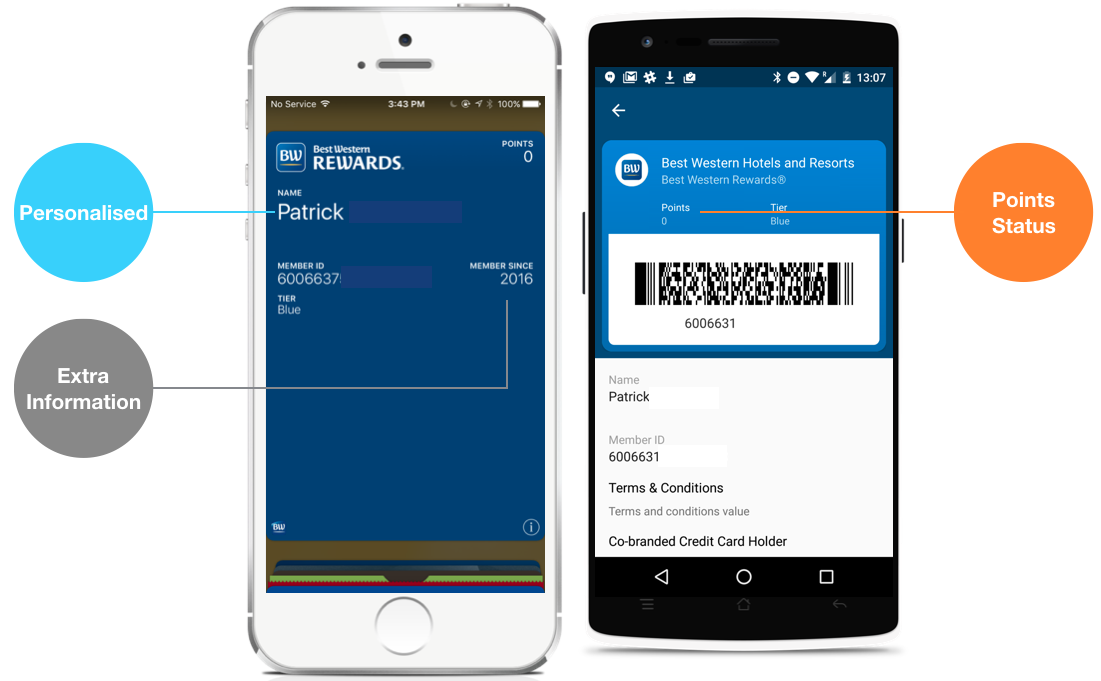 Apple Wallet is widely spread worldwide (> 1 billion phones) and it’s also native in Apple devices. It includes NFC capabilities and enables payments through Apple Pay. Transactions security is guaranteed by password or touch ID. In terms of localisation, Apple Wallet is available in 35 languages, meaning the wallet content can be displayed in the user’s language.

Here’s the list of functionalities for both Apple wallet and Android Pay: 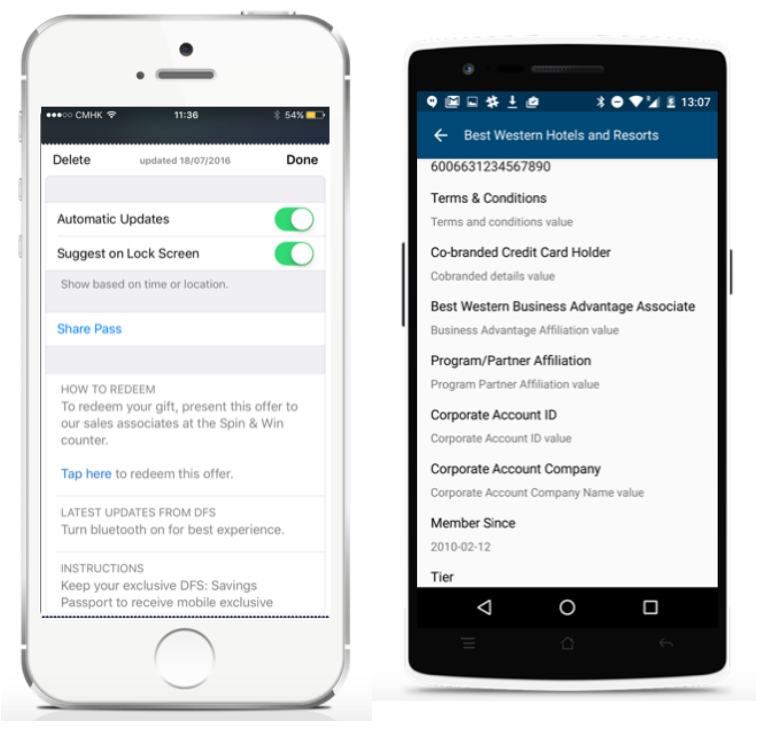 This is the end of the article, but before you leave I’d like to recommend a couple of things. If you liked the post, please let us know what you think in the comment section below. Also, if you want to get your business on your customers’ phones you can begin creating your campaign here! Lastly, please feel free to get in touch with us if you have any questions or if you want to leave any feedback!