What is a wallet?

A small folding case, usually of leather, for holding paper money, other small articles such as credit cards, bank cards, drivers licenses, identification cards, and other valuables such as these.

As the world becomes increasingly interconnected, both economically and socially, technology adoption remains one of the defining factors in human progress, and the human has progressed today to DIGITAL wallet.

Example: It is now possible to pay by phone “Apple Pay, Samsung Pay, Android Pay, WeChat Pay etc.”. It is also possible now to use and store Boarding Passes, Gift cards, Loyalty Coupons and more all in one place, your Digital Wallet, in your phone.

Why should you give it a try?

-It is safer than you may think. Your account information is encrypted, and can only be accessed via password or, with some mobile devices, your fingerprint.

–It can be faster and easier than paying cash or swiping a card. Just hold your phone near the payment reader while your fingertip is on the power button, and a subtle vibration and beep will confirm that your payment was registered.

-You can use it with either a debit or a credit card.

History of the Wallet

1-Bartering is the process of trading services or goods between two parties without using money in the transaction. Introduced by Mesopotamia tribes in 6000 BC, it was also used by Phoenicians, Babylonians to exchange goods for food, tea, weapons, spices, human skulls and salt that some Roman soldiers perceived as a “salary”. 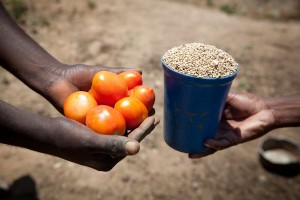 2-Coins, their invention is still shrouded in mystery. Numismatists consider that the first coins were minted on the Greek island of Aegina in 7 BC, either by the local rulers or by king Pheidon of Argos, and as you know is it still used till now to buy and sell all kind of goods. 3-The use of Paper as a money began to catch on in Europe in the 17th century. It was first used by the Chinese during the Tang Dynasty (AD 618-907). Today is it still used as a principal money. 4-As far back as the late 1800s, consumers and merchants exchanged goods through the concept of credit, using credit coins and charge plates as currency. It wasn’t until about half a century ago that cards payments as we know them today became a way of life. 5-Instead of paying with cash, cheque, or credit cards, today a consumer can also use a mobile phone to pay for a wide range of services and digital or hard goods and that, since 2011. It is even easier and faster to use today, thanks to Apple Pay  that have been used for the first time at the 4th May 2016, followed by Samsung Pay and Android Pay.

As the Mobile Payments evolution continues, Mobile Wallets will be seen as a way to enhance customer loyalty and add value and personalization for consumers. This will likely lead to a battle for the consumer wallet as more and more large brands come onboard with alternatives to traditional payment methods.

According to Accenture’s North America Consumer Digital Payments Survey, 79 percent of users would make more mobile payments if offered discounts or coupons based on past purchasing behaviors. Thus, it is a huge opportunity for mobile payment providers to not only offer incentives for adoption, but also to reinvent how they build and reward customer loyalty.

Finally, as a direct result of the increase of mobile wallets, a reduction of cash in the market will be seen this year.